The Devon Tennis junior circuits were in full flow this weekend as 66 juniors aged between 6 and 12 took part in matchplay events throughout the county.

The busy weekend began at Exeter Golf and Country Club where 24 players from 12 clubs competed in the 8U Whirlwind Tour event. The circuit, set-up to encourage young players to compete in a fun environment and gain valuable experience, has now seen 146 juniors aged between 6 and 10 compete this winter. The latest event saw two players come away with the maximum 5 wins each; congratulations to Freddie Connock and Reuben Bright.

Following the red ball event, it was the turn of the 9U players. With 26 players representing 14 clubs, it took the total of matches played throughout the afternoon at Exeter Golf and Country Club to an impressive 120. The coaching team and parents were grateful for the help of four of the older juniors (James Fitzpatrick, Noah Kerley, Quillan Wilson and Freddie Swannell) who stayed all afternoon to umpire matches.

There were some incredibly tight matches throughout including an absorbing battle between Jacob Clemens and Yi-Ren Wong which saw Jacob prevail 16-14. Four players came away with the maximum points: Lucy Vosper, Joshua Beavis, Blake Silver and Charlie Prynne. These points contribute to the Whirlwind leaderboard. The top 8 players in each of the three age groups will be invited to the Whirlwind Finals at the South Devon Tennis Centre on the weekend of 30/31 March.

On Sunday the attention turned to the Nexus Junior Tour. The new circuit, set up in a partnership between Devon Tennis and Nexus Open Systems, aims to extend the matchplay opportunities to 12U and 16U players. Following full draws in the first two events at Exeter Golf and Country Club, the 12U tour moved to the South Devon Tennis Centre.

The event proved to be just as popular at SDTC with 19 players (representing 9 clubs) competing on a wet stormy day.  Arthur Hutchings, Jake Moore, Sam Hargreaves and Aran Islam all came away with the maximum points (150) they can gain in a Nexus Tour matchplay event.  A special mention to Phoebe Hughes (Tarka) who was the only girl competing against 18 boys!  As the 12Us compete in mixed events it would be great to see more girls at future events.

This is the first season of the Nexus Tour and, along similar lines to the Whirlwind, all points contribute towards a leaderboard with the top 8 players invited to the finals at Exeter Golf and Country Club on Saturday 6th April. 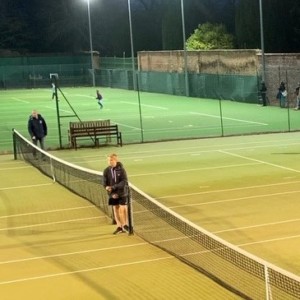 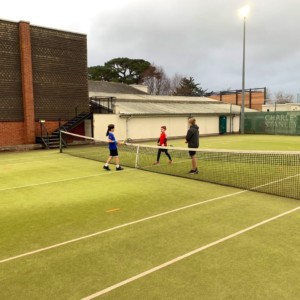 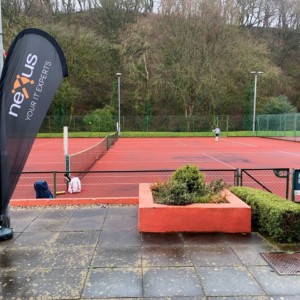 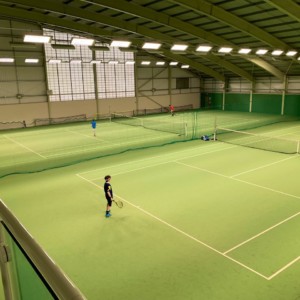 Find out about Tennis Coaching for children