Another outstanding victory for the junior golf section at Exeter Golf and Country Club. Under the guidance of Nick Parsons, the junior organiser, they travelled to Thurlestone to play in the Junior League Finals Day.

In the morning they played their semi final against Bovey Tracey and produced a dominant performance to win 6-0. In the afternoon it was East Devon in the final and again the team were in fine form as they won 5-1 to be crowned champions!

Darren Everett, Director of Golf said, “A huge congratulations to everyone involved, the club is very proud of you all.”

Sally Rimmer won the Unichem Trophy at the ladies end of season Close Meeting. A brilliant score of 41pts secured the victory over a field of 90 ladies. 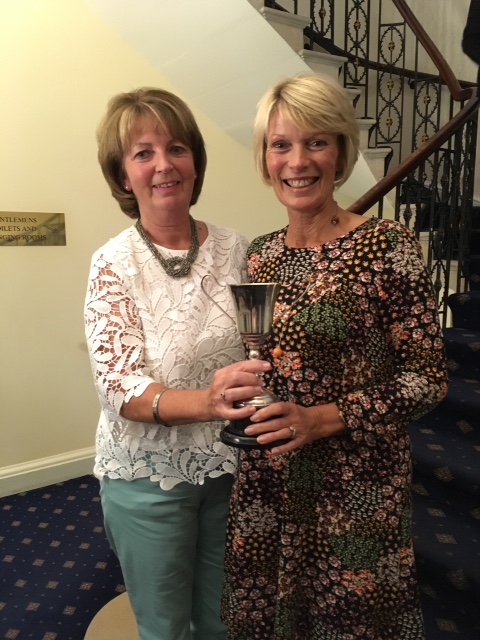 After 25 years of playing for the Quaich we finally have a piper, another keenly contested match played in great conditions with plenty of friendly banter.

For those who don’t know this match was started by Exeter’s Bill Seath and Tiverton’s David Grieve who were both Captains of there respective clubs back in 1993. During there year they discovered they both went to the same school back in Edinburgh and so decided to have an annual match between the two clubs playing for The Quaich (Scottish drinking vessel).

This years result 4-2 to Exeter G&CC