Junior golf at Exeter Golf and Country Club is on the up, at the end of a record year for successes within the South West.

Along with a number of team wins, the Devon Country Junior Championships closed with eight individual winners of category from Exeter Golf and Country Club.

Representing the Golf Committee, Steve Sheldon caught up with Junior Organiser, Nick Parsons to hear about the highlights of the 2018 season.

Nick explained that the growth of the junior golfers at Exeter Golf and Country Club is thanks to the dedication of the Junior Golf Captain, Theo Quantick and Vice Captain, Jack Jeffery along with the consistent coaching programmes provided by Director of Golf, Darren Everett and his team in the Pro Shop.

Lyndon Bent, Men’s Golf Captain for 2018 said, “I am delighted with the achievements of the junior section attained in my year as Captain and it is testament to the hard work of both the players and the organisers.  The juniors are the lifeblood of the club and I feel proud that they represent Exeter to the highest possible standards.”

There are 42 junior golfers – boys and girls – with regular team coaching sessions, which are set to benefit further from the new all-weather coaching facility at Topsham Golf Academy.

Some of the highlights of the Exeter Golf and Country Club junior golf season so far have been their first-ever triumph at the Basil Steer Trophy against East Devon Golf Club, a second-place win at the national RBL Poppy Golf and an undefeated season in the East Devon Junior League with the team progressing to the semi-final taking place in October.

Read on for the match reports for this summer’s top junior golf events.

The team consisted of:

Nick was extremely proud of the team and delighted to bring the trophy back to the club for the first time.  He praised the whole team who had all played brilliantly throughout the tournament to gain their success.

The Basil Steer trophy is much-coveted trophy and competed for by all Devon Golf clubs on an individual matchplay basis.  This year there were 20 teams entering the competition which starts in April.

The same three players were selected for each round, chosen for their consistency and ability to perform well under the pressure of matchplay conditions.

The East Devon Junior League takes place throughout the spring and summer and is renowned as being very tough. This year the clubs involved in the qualifying league were Exeter Golf and Country Club, Exminster, Tiverton and Honiton Golf Clubs.

The team selected for each match went undefeated the whole season and finished top of their qualifying league. They have now progressed to the regional finals day to be held at Thurlestone Golf Club South Devon on the 6th October 2018.

The finals day will include the semi-final match against Bovey Tracey, and then the final against either East Devon or Tiverton Golf Clubs.

The results of the qualifying league:

The top golfers from the league will battle it out for the Porsche Trophy on Sunday 23rd September. Exeter Golf and Country Club have four individuals competing; Charlotte Husband, Jack Parry, Theo Quantick and Harry Edworthy.

Exeter Golf and Country Club entered three junior teams in the nationwide four-ball better ball competition, The RBL Poppy. One of the teams progressed extremely well in the competition, which consisted of

One of the three teams from Exeter, progressed to the quarter-finals, beating Wellow Juniors of Southampton.

Despite a good performance, Exeter’s team of Jack Parry, Eliot Baker, Charlotte Husband and Theo Quantick were knocked out in the next round against Bryn Meadows Golf Club, South Wales, denying them a place in the National Semi-Finals and an all expenses weekend away.

The Exeter Golf and Country Club juniors have proved their strength in both team-work and playing as individuals this season, storming the order of merit Devon County Junior Championships in Tavistock on 31st August, with nine wins across the board.

Order of merit – 7 events – with best 5 scores to count

Over £2,500 was raised to support junior golf on a fundraising event in June which took place during a Men’s Golf Saturday Competition.

Junior Organiser, Nick Parsons said, “A huge amount of work went into coordinating the day and I would like to say thank you to the juniors and parents who helped with the organisation and the club and Pro Shop teams who supported the events and provided refreshments and hot food on the day.”

Find out more about Junior Golf 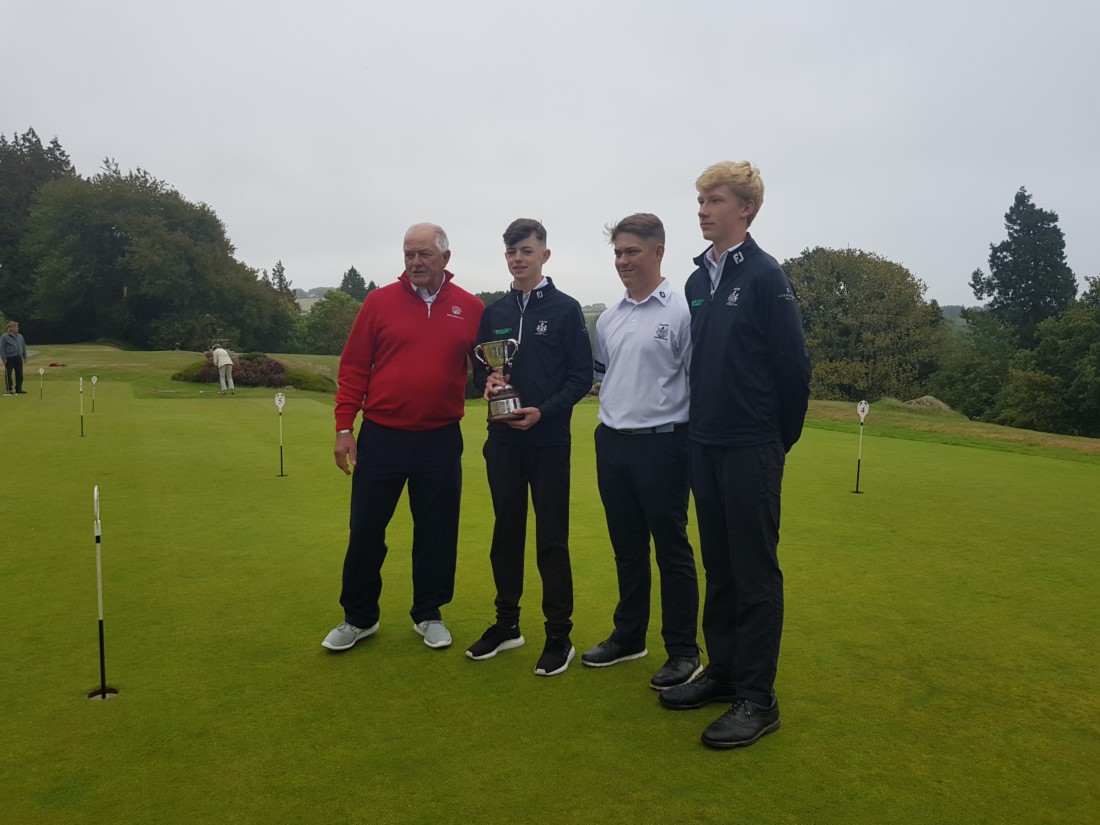 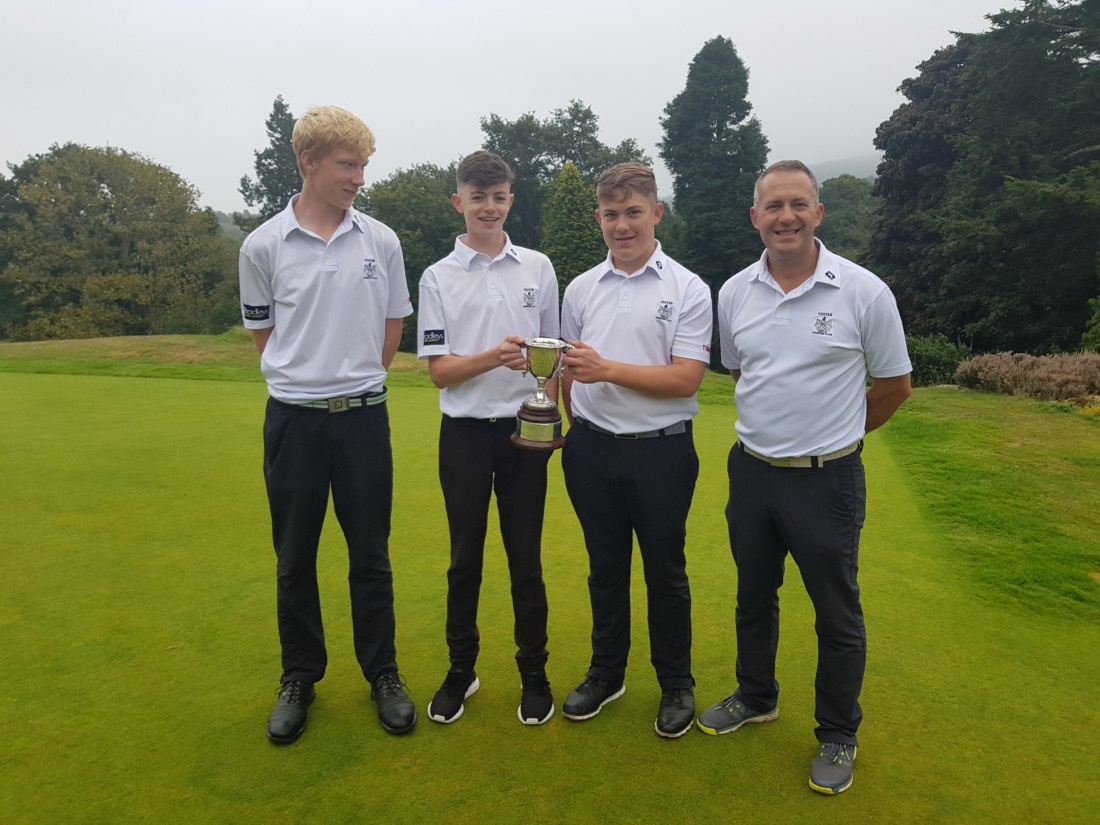 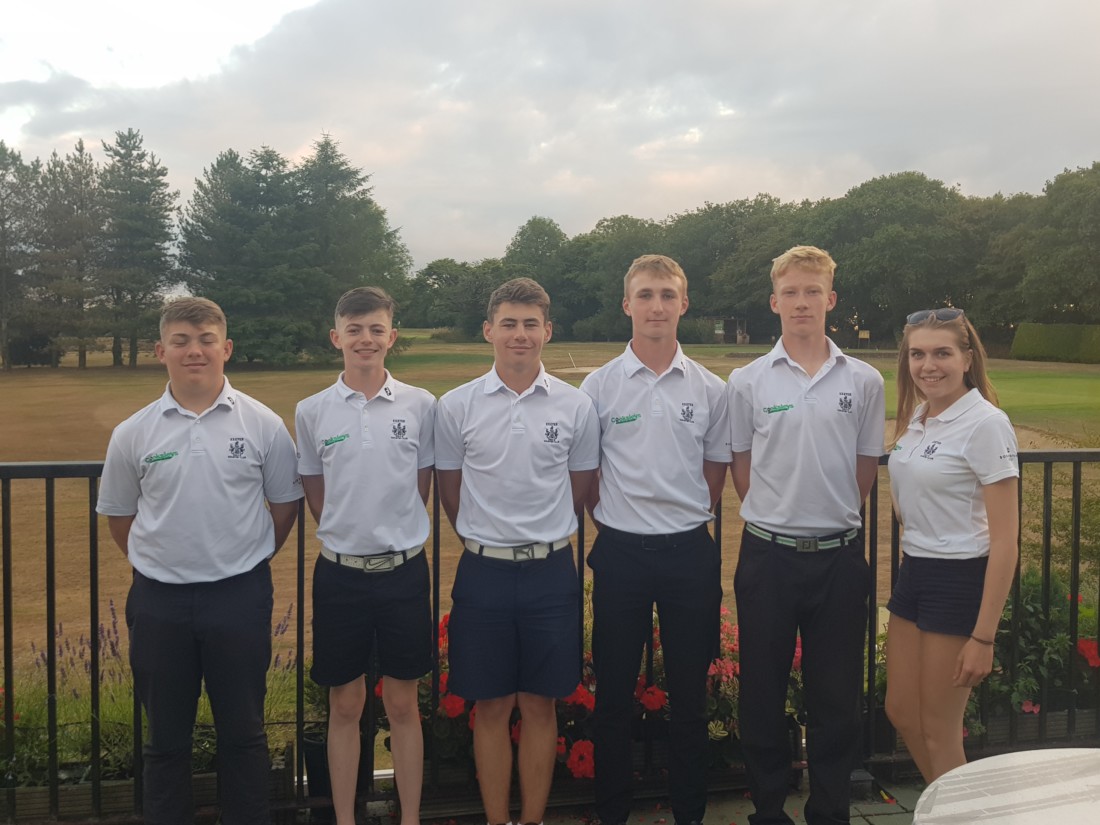