On the weekend of the 27th and 28th April, Exeter Golf and Country Club’s Men’s Racketball team competed in the Racketball National Club Final’s weekend at Edgbaston Priory Club in Birmingham.

This is the second consecutive year that Exeter’s racketball team had reached the finals stage, and they had a tough test right from the start. The championship got off to a tough start for Exeter, going head to head against Surbiton in the semi-final. Surbiton beat them in the Final at last year’s event.

Surbiton once again put out a strong line up, featuring Squash world number 45 Ben Coleman as their number one player, with the rest of the team being strong county level players.

The Exeter Golf and Country Club side retaliated well and proved to be more than equal to the task ahead of them, managing a 3/1 win overall. All players in the team contributed to the result, with Numbers 1 and 3, Mike Harris and Mike Gregory, both winning 3/0 to start with. Then Numbers 2 and 4 Luke Bishop and Simon Irvin sealed the tie with Luke grinding out a 3/2 win and Simon taking an important game against a very skillful player to lose 1/3. It was a very satisfying result to take given the close loss in the final last year.

The win against Surbiton, meant Exeter Golf and Country Club got through to the grand final on Sunday 28th against a very strong Bishops Stortford team. With a wealth of Racketball quality in their line up, Bishops Sortford’s win was hard fought by Exeter, with the final scorecard as below:

Despite a 4/0 loss for Exeter Golf and Country Club, there were some tremendous battles against a very good Racketball team.

Mike Harris, Squash and Racketball Professional at Exeter Golf and Country Club said, “We should be tremendously proud of our side who have cemented their place as the Number Two team in the country, which is a fantastic achievement. Thanks to all the players who played in the Finals weekend, and also to our other Squad members Jo Hutchings and Tim Gillingham who helped get the team to this position in the qualifying stages. We’re all looking forward to next year already!” 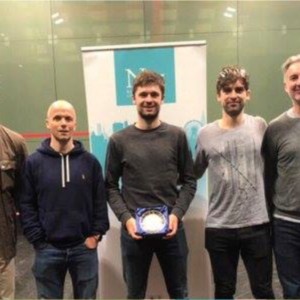 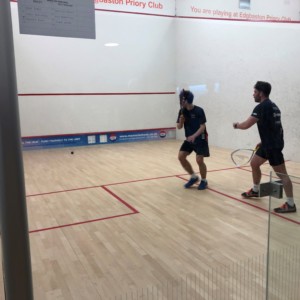 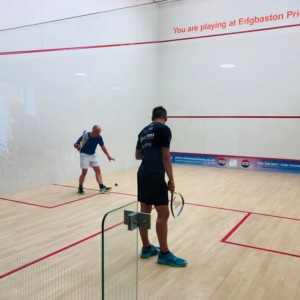 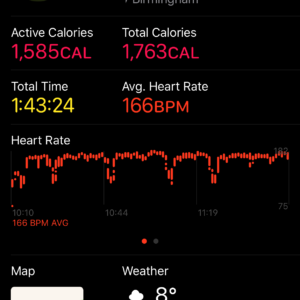