£5000 raised for The Royal Marines Charity

On the 75th anniversary of ‘D Day’, over £5000 was raised for The West Country 100 Club in aid of The Royal Marines Charity.

The third annual golf day for the charity, took place on Thursday 6th June with 90 players taking part. As well as the 18 hole competition, golfers also competed in extra events such as a ‘beat the pro’, raffle, silent auction and putting competition, followed by a carvery in Wear Park Restaurant.

The event was organised by Keith Bolden, a golfer and previous Club President at Exeter Golf and Country Club. Whilst he was Club President, Keith supported The Royal Marine Charity as his charity of the year, and then continued to support them through The West Country 100 Club.

Six Royal Marine Commandos attended the golf day, along with a Jackal armoured vehicle on display. the Marines attended the event to talk with the golfers taking part, during the pasty and drink stop off on the 8th hole.

A team of ladies’ golf members, led by Keith’s wife, Shelia, along with three staff from the charity provided help at the refreshments station, registration and sales on the day.

Brigadier Paul Denning OBE who is a Trustee of The Royal Marines Charity presented the prizes on the day. The money raised will contribute towards a rehabilitation centre at CTC Lympstone, which is the current focus of The West Country 100 Club.

Organiser, Keith Bolden said, “I would like to thank all those who participated in making this such a successful day, and to everyone who helped ensure the day went so smoothly and raised such a fantastic amount of money for this worthwhile charity. The Royal Marines Charity offers invaluable assistance to the Royal Marines, their families and veterans. Remember to lookout for the next golf day in 2020!” 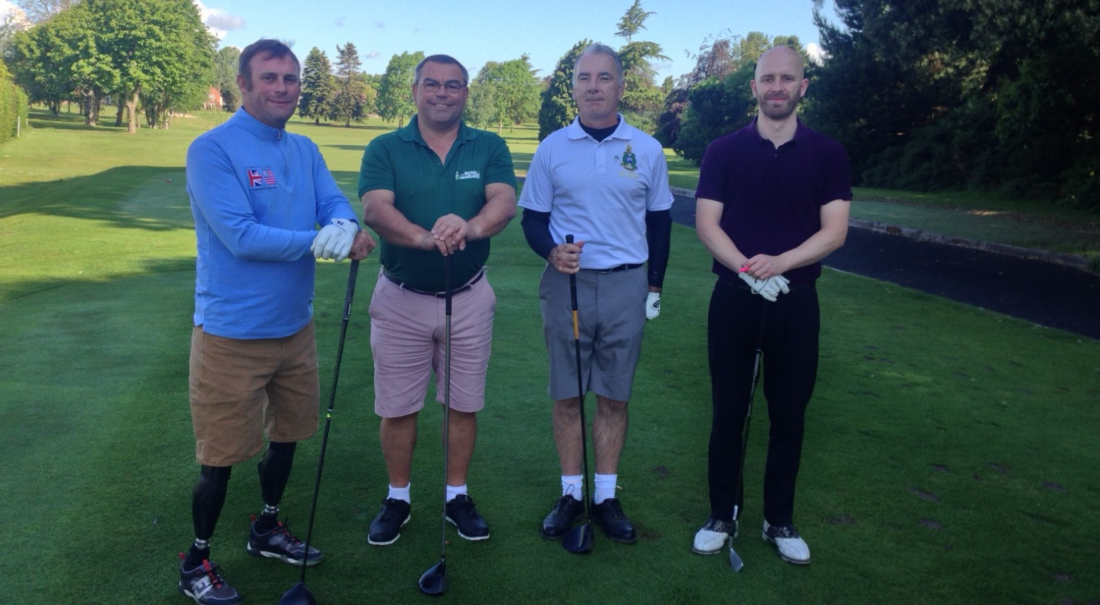