We love to see starlings darting around the golf course; they’re entertaining, have a delightful bird song and they help us control soil-dwelling invertebrates including leatherjackets (the larvae of craneflies). See our recent article ‘Winter Lawn Care’ about why leatherjackets are damaging to the golf course and other natural ways to control them.

This week, the greenkeepers have been out and about installing five bird boxes for starlings, to encourage them to stay and nest in the trees on the course.

The number of starlings in the UK has declines significantly, by 82% since the 1970s. With just 1.8 million breeding pairs, the starling is now red listed as a species of conservation concern. It is believed that food chain issues are the main reason for this, due to the damage to soils and biodiversity reducing the number of invertebrates due to modern agricultural practices and development.

Although undervalued as a garden bird due to their seemingly dull plumage compared to other brighter coloured birds (although up close they are a beautiful oily black colour, with a purple and green sheen), starlings perform dazzling aerobatic displays called murmurations. Starlings murmur in unison after landing – hence ‘mumurations’.

As the season changes from winter to spring, starlings begin prospecting for nesting sites. Starlings are social birds, feeding in flocks and roosting communally during the winter months.

Starlings like to nest in holes and cavities, especially in trees. The starling nest boxes mimic this. While Scandinavians have erected nesting boxes for starlings for some time, this is not common practice in the UK.

To encourage more starlings to nest and feed at our parkland golf course, the greenkeepers spent a day putting up bird boxes in February in preparation for an early spring, when migrant starlings return to join the resident roost.

Female starling lay their eggs from late March to April, with four or five pale blue eggs, taking 12 days to incubate. Egg laying is synchronised in an area meaning that chicks fledge at the same time after 21 days.

Starlings love to forage on open fields for a feed – particularly the invertebrates we like to discourage from the golf course, meaning that as well as entertaining us with their acrobatics and tuneful sounds, these adaptable birds also help us steer away from pesticides to keep our course in tip top condition.

Here are a few photos of the bird boxes being put up this week. 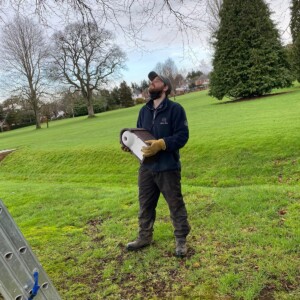 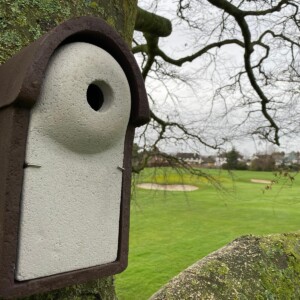 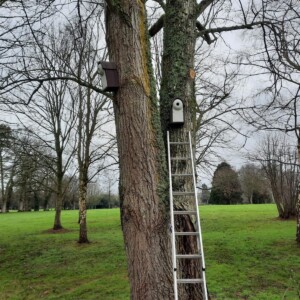 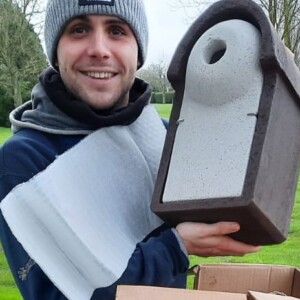